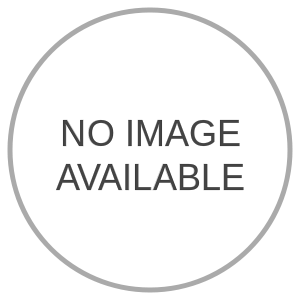 Recorded either at the end of the year 2000 or in the early weeks of January 2001.
The recording was lost due to either a computer issue or it was just too bad to keep.

Little memory of what was on the episode still exists, such as the use
of an external CD player to provide the music for the show.
Among the selection of songs was a Megadeth album.
Episode 2: Ministry of Sadness
Released online on 27 July 2007.
Recorded on Forbes' 21st birthday (24 January 2001).

Tracks 4 & 9 weren't in the original recording, but were recorded around the time the episode was made.
After editing out the music for the online release, some gaps needed to be filled.

This release includes 3 bonus tracks for those who download it in full and not one track at a time.
Two of which are the intro and outro to what is known as the 'Remasters Series', which
were used for episodes 2-6 during their initial releases from 2007 to 2008.
Episode 3: Crazy Train
Released online on 7 October 2007.
Recorded on Waitangi Day (February 6) 2001.

This episode was the first experimental show as it put Jared & Forbes to the test
in a live real-time environment, after having pre-recorded a few segments.
After laying them out in order (which took a long time because of the software used),
they did the rest in a single take.  This is why there's a blooper at the beginning of an ad break.

There are 2 bonus tracks for people who download the full album.
Episode 4: Soundtrack to a Generation
Released online on 1 December 2007.
Recorded sometime between early February and (possibly) March 2001.

The first episode to have an actual theme, which was TV and movie themes.

Forbes decided to perform with a stutter in this episode, which is why it became
long enough to fit on 2 CD's.  Thankfully the digital age knows about space-saving.

This album contains a whopping 5 bonus tracks for people who download in full.
Episode 5: Return of the Apocalypse
Released online on 31 March 2008.
Recorded in 2004 after a 3-year absence from recording.  The nonsense returns!

In this episode we are introduced to some new characters - Jones Johnson, a lawyer with nothing better to do than
sit in a radio station studio and be mocked by the hosts; and 'Sound Guy', the show's gruff producer.

This episode contains 3 bonus tracks for the downloaders of the full album.
Episode 6: When Everything Hits the Fan
Released online on 24 October 2008.
Tracks 1-6 were recorded sometime in 2004, not long after Episode 5 was made.
Due to the end result, it was uncertain whether or not the series would continue.
It's that disappointing...  However, after a spark of inspiration came their way in the form of what
would become Episode 7's intro, it was decided that the show would be re-branded from "M.O.S. FM" to its current name,
and be given a decent ending, which would become Tracks 7-15 (recorded sometime after March 2008).

Tracks 7-15 follow a storyline of events following the first 6 tracks of the album.  It was written and
performed in a sitcom-style much like the duo's most inspirational TV series, "Seinfeld".

There be 3 bonus tracks on this one.  Download it in full, fool!
Episode 7: The Best of Ducksel FM
Released online on 20 April 2007.
Despite being the 7th and final episode of Season One, this recording/compilation was released first.
It served as an introduction to who Ducksel Comedy were during the initial release in 2007.

This was the comedy duo's online debut.

This episode was inspired by comedian radio show hosts who
sometimes release their own Best Of compilations.

There is only 1 bonus track on this album.  You know what to do.
Powered by