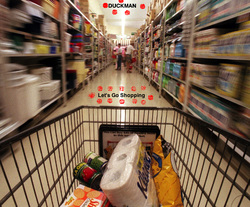 Track 1 originally featured on the 2008 Ducksel Comedy album, "Ducksel FM - Episode 6: When Everything Hits the Fan", and later featured as the intro for the webseries, "Trying Stuff".